The number of tourist spot in Jogja has attract tourists, both foreign tourists and domestic tourists. Diversity of religious ceremonies, and culture of various religions and supported by artistic creativity and hospitality of the people, make Yogyakarta an unforgettable experience. The distance between the location of attractions is easy to be reached very favorable for the tourists who want to vacation, and everything is cheap in Yogyakarta. Here are top tourist attractions in Yogyakarta you must visit: 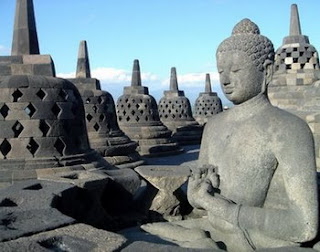 Borobudur is the biggest Buddhist temple in the world. Thousands of foreign tourists are willing to travel thousands of miles just to see the masterpiece that became one of the seven wonders of the world. Borobudur temple is mesmerizing anyone who sees it. This magnificent Buddhist temple containing an array of six square terraces over which the three circular courtyard. The walls are decorated with 2672 relief panels and 502 Buddha statues. The main and biggest stupa located in the middle and surrounded by 72 perforated stupas in which there are statues of Buddha. It is said that visitors who could hold the statues in the stupa, will get a fortune. Borobudur was built in the 8th century and 9th. So, this historic building has been there 300 years before Cambodia's Angkor Wat and 400 years before the cathedrals building in Europe. Borobudur is a UNESCO World Heritage Site. 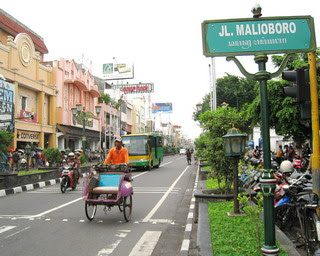 Malioboro is a must visit while in Yogyakarta. Malioboro is the central gathering of artists from various universities, young men and women, a gathering place for accessories and various knick knacks, a gathering place for tourists, and a gathering place for sellers and buyers. Malioboro place was never empty of visitors from morning till night. In malioboro you can buy desirable range of merchandise ranging from beautiful accessories, unique souvenirs, classic batik, gold and gems to household appliances. For souvenir fans, Malioboro can be a fun hunting paradise. Walking on the shoulder of the road while bargaining a variety of goods sold by street vendors, will be a special experience. Variety of locally made souvenirs like batik, rattan ornament, silver, bamboo handicrafts, leather puppets, blangkon, miniature of traditional vehicles, accessories, until key chains, all can be found easily. If you are good in bargaining, these items can be taken home with a fairly cheap price. Or for culinary lovers, Malioboro also a right place to taste the local cuisine of Yogyakarta. 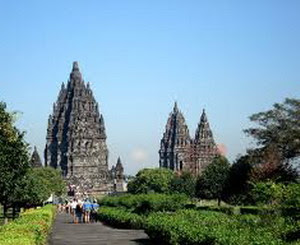 Prambanan Temple is a beautiful Hindu temple in the world. Prambanan temple is one of the UNESCO World Heritage Site. Prambanan temple is extraordinarily beautiful building constructed in the tenth century during the reigns of two kings namely Rakai Pikatan and Rakai Balitung. Soaring up to 47 meters (5 meters higher than Borobudur temple), the foundation of this temple has fulfilled the desire of the founder to show Hindu triumph in Java Island. This temple is located 17 kilometers from the city center, among an area that now functions as beautiful park. Prambanan temple has three main temples in the primary yard, namely Vishnu, Brahma, and Shiva temples. Those three temples are symbols of Trimurti in Hindu belief. The beauty of Prambanan temple in the afternoon will offer a view of the sunset in the main temple. Amazing! You will feel the peace of Prambanan, when looked at the sunset here. And sacred silence that comes out will keep you enthralled and amazed. Do not forget to capture the moment. 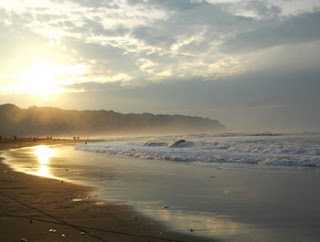 Parangtritis are beautiful beaches, rolling waves and strong winds hitting the body. Parangtritis Beach is very closely related to the legend of Ratu Kidul (Queen of South). Many Javanese people believe that Parangtritis Beach is the gate of Ratu Kidul’s magical kingdom who controls the southern sea. The most popular beach in Yogyakarta provides a complete range of facilities such as lodging, mosque, public toilets, dining, beach monitoring team. Travelers also could try sport who spur the adrenalin such as rock climbing, paragliding and hang gliding at this beach. 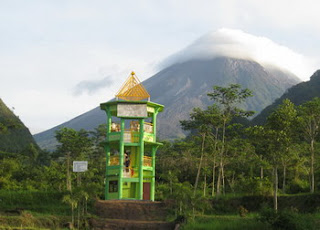 Located 28 kilometers from the center of Yogyakarta city, Kaliurang now has an enchanting cultural and natural tourism area that becomes en enjoyable place for family recreation. The view of Merapi Mountain gives special sensation in this area. This mountain will also be covered with fog when we come to see it. Going along the west side of Plawangan Hill as long as 1,100 meters, traveling cross country, through soil path framed with trees and green slopes, and series of 22 caves as the inheritance of the Japanese colonial are some uniqueness of Kaliurang natural tourism. In addition to its natural beauty, Kaliurang also has some historical buildings. 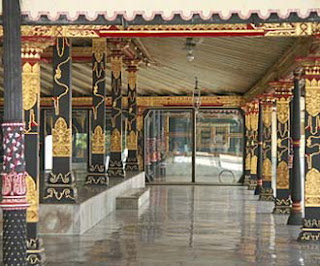 Keraton Kasultanan Ngayogyakarta Hadiningrat or now better known by the name of Yogyakarta Palace is the center of Javanese culture living museum that is in the Special Region Yogykarta. Not just becomes the place to live for the king and his family, the palace is also a main direction of cultural development of Java, as well as the flame guard of the culture. At this place tourists can learn and see directly on how the Javanese culture continues to live and be preserved. There are many things that can be seen at Yogyakarta Palace, ranging from the activity of servants in the palace who are doing the job or to see properties collection of the palace. Collections are kept in glass boxes that are spread various rooms ranging from ceramics and glassware, weapons, photographs, miniatures and replicas, to various kinds of batik and its deorama of the making process. 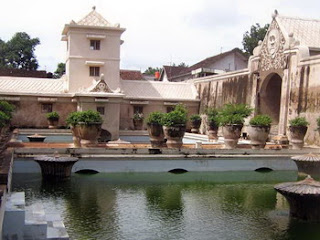 Taman Sari also known as Taman Sari Water Castle is a site of a former royal garden of the Sultanate of Yogyakarta. It is situated about 2 km south within the grounds of the Kraton, Yogyakarta, Indonesia. Built in mid 18th century, the Taman Sari had multiple functions, such as a resting area, a workshop, a meditation area, a defense area, and a hiding place. Taman Sari consisted of four distinct areas: a large artificial lake with islands and pavilions located in the west, a bathing complex in the centre, a complex of pavilions and pools in the south, and a smaller lake in the east. Today only the central bathing complex is well preserved 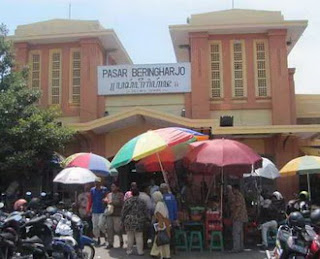 The place is a favorite when looking for souvenir in Yogyakarta. Beringharjo famous for paradise of unique and cheap souvenirs. Such as a variety of batik, wood carvings, bags and shoes, all is here. If you want to buy batik, Beringharjo is the best place because of its complete collections; ranging from batik cloth to batik clothes made of cotton and silk materials, with the prices ranging from tens thousands to a million. Collection of batik cloth is available in west and north parts of the market, while batik clothes collection is available almost everywhere in the west part of this market. 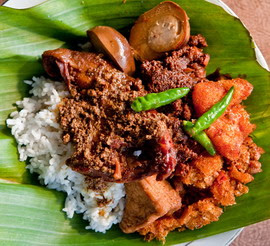 Wijilan is the most famous areas as Gudeg center. Wijilan is located not far from Keraton Yogyakarta (the Palace of Yogyakarta) and can be reached by becak (pedicab) or 10 minutes walking. There are more than 17 gudeg restaurants in Wijilan. Gudeg is traditional cuisine of Yogyakarta. Gudeg becomes a main menu for those who visit Java Island. Gori (young jackfruit) is cooked together with coconut milk and many spices for hours. Gudeg is usually served with egg, chicken, tofu, tempeh and coconut milk dressing that give special sensation when you eat it. 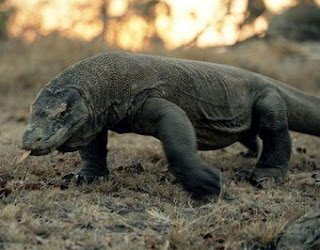 The largest zoo in Java island, with a variety of flora and fauna that you can learn about the life and habitat. Containing a variety of species from around the world, such as the orangutan, Asian elephant, chimpanzees, tigers, and others. Gembira Loka Zoo is the main attraction for tourists in Yogyakarta. Gembira Loka Zoo was badly damaged by the earthquake that rocked the city of Yogyakarta in 2004. However, after the renovation Gembira Loka Zoo remains a favorite among travelers.