Africa, Tourist Attractions
Get Picnic to Africa And get great experience destinations waiting to happen. Africa is enchanting and inspire continent. There are many exotic tourist attractions that you must sight. African culture is incredibly interesting because it is so diverse. Every country has a mix of tribes each with their own unique language and culture. Countries as small as Uganda is home to more than 30 tribes. In Kenya you could be riding a camel in the desert with the Samburu one day; go on a walking safari with the Maasai a few days later; and finish your week exploring old Islamic coastal towns with the Swahili on the shores of the Indian.

And If you have chance to get picnic in Africa here is the top enchanting tourist attraction in Africa You must visit:

1. The Pyramids and the Sphinx 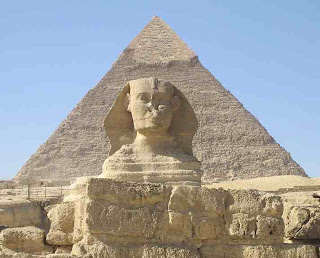 The Pyramids and the Sphinx is one of Egypt's top tourist attractions. The last surviving member of the Seven Wonders of the World, the Great Pyramid of Giza. There are in fact three main pyramids in Giza; the Great Pyramid of Khufu (or Cheops), The Pyramid of Kafhre and the smaller Pyramid of Menkaura. Each Pyramid is a tomb to a different King of Egypt. In front of the pyramids lies the Sphinx, or Abu al-Hol in Arabic, "Father of Terror". Carved out of a single block of stone, this enormous cat-like sculpture has mesmerized millions of visitors. Giza's three pyramids and the Sphinx were thought to have been constructed in the fourth dynasty of Egypt's Old Kingdom. 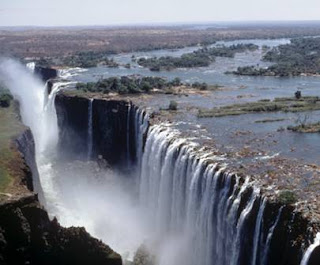 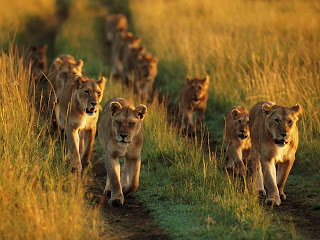 The Masai Mara National Reserve is Kenya's premier wildlife park. It was established in 1961 to protect wildlife from hunters. The Masai Mara is the reason many visitors come to Kenya and its beauty and abundant wildlife. The Masai Mara located in southwestern Kenya on the border of Tanzania. The reserve is situated in the Rift Valley with Tanzania's Serengeti Plains running along its southern end. Most of the Masai Mara is made up of hilly grassland which is fed by plentiful rain, especially during the wet months between November and June. The areas bordering the Mara river are forested and are home to over several hundred bird species.

Djenne, is one of sub-Saharan Africa's oldest cities, founded in 800 AD. There are famous mosque that made from mud and as one of the UNESCO site, namely Djenne Mosque. Located on an island in the Niger River delta, Djenne was a natural hub for traders who shuttled their goods between the Sahara desert and the forests of Guinea. Through the years Djenne also became a center of Islamic learning and its market square is still dominated by the beautiful Grand Mosque. Djenne is located a few hundred miles downstream from Timbuktu.

Cape Town in South Africa is one of the world's most beautiful cities. When you visit Cape Town you'll see a huge slab of sandstone, 1086m high and 3km long, smack in the middle of town - that is Table Mountain. Table Mountain's top is often shrouded in clouds commonly known as the mountain's "tablecloth". The mountain is home to more than 1400 unique species of plants as well several mammals and over 100 invertebrates. The views of Cape Town and its coastline from the top are spectacular. Cape Town become the top tourist attractions in South Africa


Located at the foot of the Atlas mountains, the imperial city of Marrakech is large, noisy, polluted and smelly. But Marrakech is also enchanting, full of history, the cultural center of Morocco and beautiful. If you enjoy a daily assault on all your senses then you'll have a lot of fun. When the most popular sights include numerous references to "tranquility" and "peace" like the Majorelle gardens or the gardens around the Saadian Tombs you know you're in for an interesting experience.

More than 50 unique tribes living in the Omo River Region of Southwestern Ethiopia, it's a enchanting tourist attraction for those interested in African culture. The remote location, which is barely accessible by 4 wheel-drive, has meant that traditional customs and beliefs are very much intact for most of these tribes. The Kalashnikovs slung across some warriors' backs can be a little disconcerting but the tribes are friendly and this is often the only western accessory you'll see them wear. 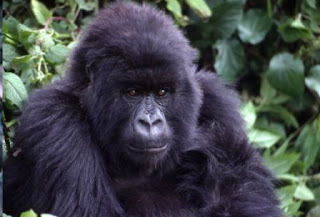 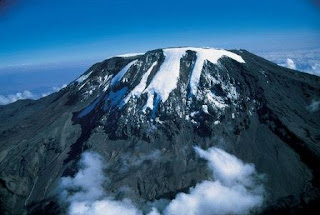 Africa is known as one of the best tourist attractions for adventure travel and what can be more adventurous than hiking up the world's tallest free standing mountain. Africa's highest peak, Mount Kilimanjaro in Tanzania stands at 19,340 feet (5896m) and will take you 6 days to conquer.

Zanzibar is one of Africa's top tourist attractions because of its fascinating history and its incredible beaches. Zanzibar's location in the Indian Ocean (off the coast of Tanzania) has made it a natural trading center throughout its history. Famous for its spices, Zanzibar also became an important slave trading post under its Arab rulers. Stone Town one of the island's biggest attractions. It is a UNESCO World Heritage site, Stone Town boasts beautiful traditional houses, narrow alleyways, a Sultan's palace and many mosques.